Resident Evil: The Umbrella Chronicles is a light-gun shooter from Capcom. The game takes place over the events of Resident Evil 0, 1 & 3, with some original elements as well.

Resident Evil: The Umbrella Chronicles is an on-rails shooter based in the Resident Evil universe, exclusively for the Wii. The game contains a number of scenarios from past games, ranging from Resident Evil Zero, the original game, to Resident Evil 3. A number of previously unseen sequences assist in exploring and filling out numerous areas in the plot to make them more compatible with later installments. It is worth noting that not everything presented in the game is compatible with the original games' plot, as much of the game has been retrofitted to allow the two main characters in each of the three main scenarios to accompany one another throughout.

The game follows the usual model utilized in other on-rails shooters, as well as allowing for two-player co-op play on all of the primary scenarios. The bonus scenarios are single-player only until co-op play is unlocked for them (upon completion of Hunk's final mission). Grenades and weapon changing are commonplace in the game, allowing players to fight through the zombie hordes in a number of different ways. Counter-attacks are available to each character upon specific conditions, and allow for quick disposals of enemies.

Enemies require quite a few bullets to down, and headshots are occasionally generated from your efforts, which usually results in said zombies head exploding in glorifying fashion. This also gives you a " critical hit" which is tallied into your point total at the end of each scenario. The boss battles in the game are, more or less, taken completely from the sections they are based upon. Some notable battles include those against the Tyrant which takes place in the same spot as it did in the original on top of the roof, after lowering his health enough a rocket launcher is also dropped for you to use in order to finish him off just as in the original as well. One of the more difficult boss' would have to be plant 42 in the mansion incident. It is explained early on in the game that all enemies have their weak spot (which is indicated by the white square like crosshair appearing in the middle of the usual/actual crosshair), but there are few times in the battle with plant 42 that its weak spot is actually shootable, and many rounds of counter attacking and dodging are involved in order to beat it. Just like in Resident Evil 4 there are many times in which the player is lead to believe they are in a cutscene but in fact must have the controller at the ready in order to push any number of button combinations in order to avoid certain death.

Sometimes this comes in the form of shaking the controller from left to right in order to dodge an attack, or rapidly tapping the a or b buttons. There are also different paths that can be chosen in certain levels, usually leading the player to areas with bountiful ammunition and health items. To find and traverse into these areas the player usually has to shoot a broken down looking door, or just an open are where the "press a" action icon appears. A number of liberties are taken with the settings and the characters present, but the spirit remains intact. At the end of each level you are graded on your performance, much like in other resident evil games. You are given your grade rating and a certain number of stars based on the rating. The things taken into account for each rating are, enemy hits, critical hits, time taken, objects destroyed and files collected. After receiving your grade and star points, you are then able to customize any weapons currently available in your arsenal. You can upgrade overall ammo capacity, chamber capacity, and damage. each weapon can be upgraded up to four times, ending at level 4. It should also be noted that if you pick up any of the weapons in a level they will retain their increased abilities. Which is nice because at the start of each level you are only able to select one additional weapon, but are able to carry as many as you may find throughout the level. The archive is where you go to read any and all of the files you collect throughout each scenario. These include notes on the umbrella corps, S.T.A.R.S team members, and all the T-Virus modified creatures you come across.

The game opens with the beginning of Resident Evil 0, and places players in the shoes of S.T.A.R.S. rookie Rebecca Chambers or exiled marine Billy Coen. The story follows these characters through the training facility, and then proceeds to the events in the original title. Chris Redfield and Jill Valentine are the primary players here, and it deviates from the original game in a major way in the fact that they are not split up as they originally were. Given, it can be attributed to the two-player gameplay, but it's sure to knack die-hard fans. Resident Evil 3: Nemesis is taken to next, following Jill once more as she teams up with Umbrella contractor Carlos Olivera as they attempt to flee the city as it's ravaged by the T-Virus. The titular boss, Nemesis, is back and in full force.

In addition to a number of supplemental chapters interspersed throughout the game, another is introduced in an attempt to assist in bridging the plot between the original installments with that of Resident Evil 4. This primary scenario has Chris Redfield and Jill Valentine from the original teaming up once more to infiltrate an Umbrella research stronghold in the heart of Russia.

Other playable characters in the game include Albert Wesker, Ada Wong, and HUNK. 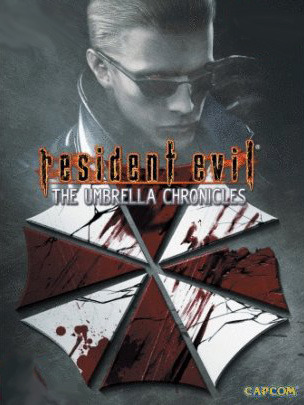