Aim, shoot, duck, reload! You are a member of the elite GHOST squad - you must eliminate the terrorists, save the hostages and ultimately keep the peace of the world intact.

Ghost Squad is an On Rails Shooter where the player takes control of an United Nations, anti-terrorist team called The Ghost Squad; (Global Humanitarian Operation and Special Tactics) in a mission to take down the terrorist group known as The Indigo Wolves, which are taking important political figures hostage, and to ultimately keep the peace. Ghost Squad was released for the arcade in 2004 and later ported to the Wii in 2007.

Ghost Squad is particularly known for it's interactivity with the player - it is one of the first arcade shooters to have interactive fight scenes and a variety of routes to choose in each level, much like in House Of The Dead, another Sega developed shooter. In Arcades, users of Ghost Squad could even buy a data card to store their own personal levels, high scores and allowed them to continue beyond level one difficulty in missions. It also allowed them to upgrade their squad member with new guns etc. All of these are included in the Wii port of Ghost Squad. The Wii version also included online leaderboards and two new submodes called "Ninja Mode", in which the squad member dressed up in a, like suggested ninja costume and "Paradise Mode", in which the enemies you face will be turned into bikini wearing women, or laughaly men. A variety of extra traning options were also included in the Wii port, such as target practising and real life exercises.

There are five types of weapons you can unlock playing through arcade mode:

Has three shot types, semi automatic, 3-shot and full auto. Shot types can be changed using the D-pad on the Wii remote.

Has a wider target range, effective at close range.

You can unlock new costumes by playing through arcade mode, some costumes you can unlock are, Panda, Police Uniform or even topless.

There are three different scenarios you can play in Ghost Squad, every time you complete one you will unlock a harder difficulty level for that scenario and may find new routes to choose for your next play through.

The President has been held captive at his secret retreat. You need to rescue him along with the other hostages.

Steve McCoy is being held captive in a jungle hideout, he needs to be rescued.

During Arcade mode you will have choices to make and will have to choose a path. Some special events these paths can lead to are:

Shoot items that you see to obtain them, here's what effect they have:

A dot is displayed where you are aiming

Doubles the ammo capacity of your current firearm.

Improves accuracy of your firearm

Protects you from 2 hits

Protects you from 4 hits

You'll earn additional EXP once you complete the level you're playing.

Party mode is where you can play 4 player co-op, there are two modes you can unlock in Party Mode.

'Ninja Mode' where your enemies are ninjas and your only weapon is an unlimited supply or ninja stars.

'Paradise Mode' where everyone wears tropical shirts or bikinis, your gun is replaced by a water pistol and knifes are replaced by bananas. 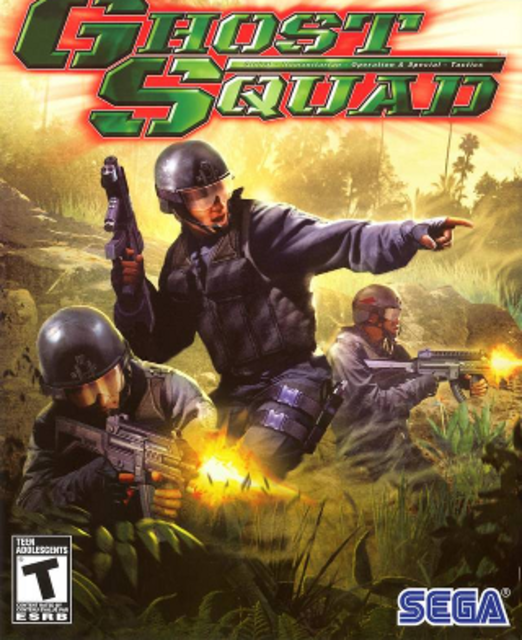