The Angel of Darkness is the sixth game in the Tomb Raider series, and the first for the PlayStation 2. It features a lot of design differences and is widely considered the weakest game in the series.

Picking up after the events of Tomb Raider: The Last Revelation, the sixth entry in the Tomb Raider franchise finds Lara Croft once again reunited with her mentor, Werner Von Croy. Von Croy has been asked to find five Obscura Paintings for a client named Eckhardt, who is somewhat psychotic, and Von Croy fears for his life. However, Lara is rather reluctant to help after the events in The Last Revelation, and tells her mentor he should handle it himself. But seconds later Von Croy is dead and Lara is suspected of his murder. Being chased by French police, Lara has to escape and prove her innocence.

Angel of Darkness retains most of the same style of gameplay as the previous Tomb Raider games, adding in some new skills to Lara's moveset, as well as some new skills for the new playable character, Kurtis Trent. These new moves include:

Changes from other games in the series

Angel of Darkness went in a different direction from previous games. One of the most notable features was the removal of Lara' trademark akimbo pistols.

On release AoD was not well received. While it received some praise for its looks and sounds, a lot of the other features were heavily criticized, such as the combat, camera, and control systems. Also, after many delays, it still featured a lot of bugs, especially on the PC, which also had relatively high system requirements for the time. Because of this the game was often regarded as unfinished and rushed. 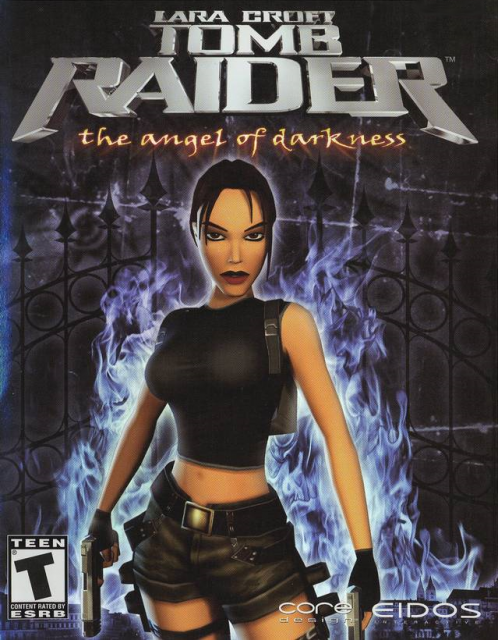