Taking place several years after the first two Watch Dogs titles. The London branch of DedSec, led by Sabine Brandt and her AI partner Bagley, are forced underground after a rogue hacker group known as "Zero-Day" sets off multiple bombs across the city and frames DedSec for the explosions. This terrorist act leads to the rise of the surveillance state where a private company called Albion takes over policing duties and a conglomeration of British intelligence agencies called SIRS uses the updated ctOS 3.0 to spy on everyone without their consent under the excuse of national security. Anyone suspected of criminality is either sent to a prison camp or deported elsewhere in Europe. With nowhere else to go, Sabine decides to use the ctOS profiler to start recruiting new allies for DedSec and take back London from the police state that has conquered it.

Unlike the first two Watch Dogs titles, there is no single playable protagonist. Instead, players must recruit a person from the streets of London and persuade them to join the group, then they can control that character until they are killed or dismissed. Each character will have a focus in one of three areas: combat, stealth, or hacking. On top of that, the character may have unique attributes, such as having access to a motorbike by default, or able to enter a police station without drawing suspicion. Most characters will have access to a wide variety of lethal and non-lethal weaponry to take down enemies that cross their path. 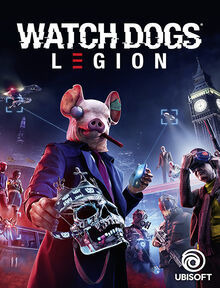